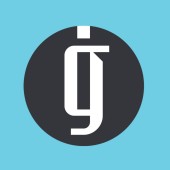 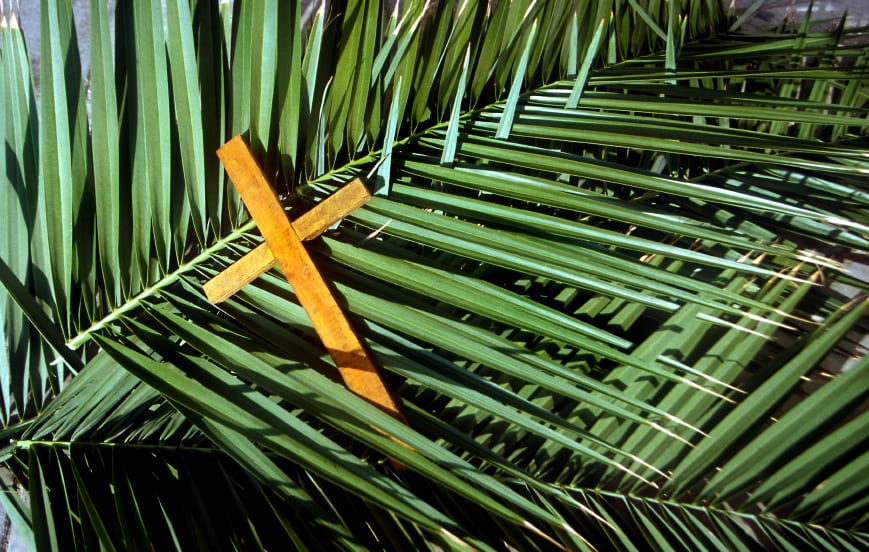 Why palms on Palm Sunday? As they approached Jerusalem and came to Bethphage and Bethany at the Mount of Olives, Jesus sent two of his disciples, saying to them, “Go to the village ahead of you, and just as you enter it, you will find a colt tied there, which no one has ever ridden. Untie it and bring it here. If anyone asks you, ‘Why are you doing this?’ say, ‘The Lord needs it and will send it back here shortly.’” They went and found a colt outside in the street, tied at a doorway. As they untied it, some people standing there asked, “What are you doing, untying that colt?” They answered as Jesus had told them to, and the people let them go. When they brought the colt to Jesus and threw their cloaks over it, he sat on it. Many people spread their cloaks on the road, while others spread branches they had cut in the fields. Those who went ahead and those who followed shouted, “Hosanna”

“Blessed is he who comes in the name of the Lord!”

“Blessed is the coming kingdom of our father David!”

“Hosanna in the highest heaven!”

Jesus entered Jerusalem and went into the temple courts. He looked around at everything, but since it was already late, he went out to Bethany with the Twelve.    Mark 11:1-11 NIV

In this passage, Mark uses for the first time the word Lord.  Mark has been quiet about Jesus as Messiah or Lord, but not anymore.  The secret that has been kept quiet will now begin to be openly revealed.

The first 10 chapters are all prelude to the final 6 chapters that take place in one week! We will miss the reveal of Jesus as Messiah on this day if we read past the symbols and the parade and try to skip ahead to Easter and the empty tomb.

This parade is really a festival – a party and what a party it is … everyone coming down the mountainside and then entering the city.  Lazarus is with them — recently back from the dead.  The disciples are all smiling, laughing, happy – everyone is joyous!

The path for Jesus’ kingdom is being marked from Gethsemane to the temple gate. The people are marking the trail for a king, but not for the king they will get. They don’t yet understand.

This path they mark will be followed again in the days to come, but right now they don’t fully yet understand what it is they are doing.  The people respond by marking the path with branches.  Have you ever asked yourself why they did this?

The imagery of this day can get lost … if we skip over the past.

The crowd cried out “Hosanna” which literally meant “Save us now!”  The same word is used in Psalm 118:25 where it is translated “O Lord Save us!”  The people along the way shouted believing that Jesus had the power to save them now from the tyranny of Rome, but that was not the tyranny that Jesus came to deliver them from.  The crowd expected him to deliver the kingdom now.

The imagery of the day would be lost on those that were not Jewish, but for the Jews everything must have reminded them of the Jewish Feast of the Tabernacles (Leviticus 23:42,  Exodus 23:16).

John 7:37 refers to this as most Jews did “The Feast”.  This feast was the most joyous of all the celebrations prescribed by God.  This was the final harvest festival.  It was joyous. It lasted for Seven days.  This Feast heralded a time when people of every nation would one day come to Jerusalem to celebrate the Messiahs’ reign.

The people were instructed to live in temporary dwellings called Sukkah (or booths) during the weeklong festival.  Additionally, as part of the festivities (Leviticus 23:40) the people would wave branches before God in celebration.  These branches as prescribed by law included: Etrog (sweet fragrant citrus branches), Lulav (branches of palm trees with long leaves), Haddas (mytrle twigs covered with leaves), and Aravah (shoots of willow with long leaves and red stems).

During the festival, the dwellings and the branches were signs and symbols of God’s constant provision during the lives of His people. One of the high points of the festival involved the daily ritual of “drawing the water” by the temple priests. The Jewish Talmud declares: “One who did not see the joy of the water-drawing celebrations, has not seen joy in his life.”  Every morning of the feast a priest walked to the Pool of Siloam, filled a golden pitcher, and retraced his steps back to the temple entering through the Hulda gate by the teaching steps.  Upon arriving at the temple, the priest was also given a container of wine.  The priest would then pour the water and the wine into two silver containers that hung over the altar and both were then simultaneously poured over the altar. During the entire ceremony, Levite priests sang hymns while standing on the 15 steps leading up to the temple area.  A prayer was offered during the pouring of the wine and water:  “O Lord save us; O Lord grant us success” Psalm 118:25.

The water carried with it great symbolic meaning dating back to the prophets.  Zechariah 14:8, “And it shall be in that day, that living waters shall go out from Jerusalem.”  A more detailed source for this symbolism is Ezekiel 47:1-12, which describes a healing river that will flow out from beneath the prophesied future temple.

Jesus has declared that He is the living water and the water will spring forth from within the ‘temple’ of every believer. The symbolism of the wine is not fully known.  International theologian, G.W. MacRae, has stated “about the wine-pouring and its significance we know very little, perhaps it reflected on offering the fruits of the grape harvest.”

The wine libation had long been a part of Jewish temple practice and yet very little is known or understood about why this existed.  I would suggest to you that the wine was symbolic of the ‘new covenant’ and ‘the blood that would be poured out’ for the sins of all.  The symbol, the story, the festivity of God’s provision is all on display on this day as Jesus enters Jerusalem. The people waved branches. The people shouted “Hosanna: Lord save us!”  The one who called himself the living water was entering the gates of the city.

1)  Our path is marked.  We marked the trail today not fully understanding all that we had done.  It is late in the day for Jesus and the disciples. Jesus enters the temple, looks around.  He is deliberate and thoughtful.  For the first time, Mark doesn’t speed the story up — there is not immediately in the text followed by action.  Instead, Jesus looks around and returns to the home of Martha, Mary, and Lazarus.

We need moments like that and I am grateful that Jesus provides that model.  Too often we want our faith too immediately create activity, action, drama.  But it is good to look around, consider all that is at stake and pause.

I can only imagine what Jesus must have thought fully knowing what lie ahead.  For now it seems he was content in taking it all in and leaving the work until tomorrow.  Tonight he would relax with friends.

3) We like the Jesus that performs miracles, that fixes problems, that heals our broken lives, but what about the rest of the time.  Isn’t that like us with Jesus today — expecting that everything will done in OUR time and our way.  This time like so many other times in our lives, we are left with God’s plan and not our own?  Later this week, the streets will grow dark and empty and our king will walk the streets alone entering the city under arrest.  Where did everyone go?

The secret is just beginning to be revealed.  This remarkable story is not over.

It is just beginning.  Don’t miss the rest of the story revealed … come Easter.

But until then we are left here with Palms in our hand and shouts of “Hosanna!” on our lips.  Like the people of old, we have waved our branches and celebrated Jesus as king.

We have walked this trail, reflecting and contemplating, never quite sure knowing where it would lead us. Today the trail brought us together as part of a parade.  Will you still be part of the parade as the days ahead turn dark?